I attended the CATCH Canine Academy Level 2 Workshop, a week of working dog behavior cases in October 2018. The workshop took place on the campus of St Hubert’s Animal Welfare Center in Madison, New Jersey. This was the third straight year I attended a CATCH week long in-person 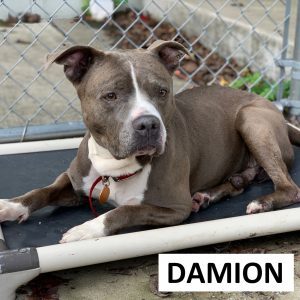 workshop at St Hubert’s. I had previously attended the Professional Dog Training Skills and the Body Language, Behavior, and Problem Solving Skills Workshops in 2016 and 2017 respectively, in addition to graduating from the CATCH Master Class training program earlier in 2018.

During the week we worked in pairs of two workshop students. I worked with one trainer in the morning and another trainer in the afternoon. Additionally, I worked closely with two dogs who were residents at the shelter waiting to be adapted, Damion and Bruiser. Throughout the week I also worked with a number of other dogs, but Damion and Bruiser were the two dogs I spent the majority of my time training.

Both Damion and Bruiser had specific behavior issues that we were tasked with working on and improving throughout the week. We created behavior modification plans for each and worked on training steps to implement these plans. 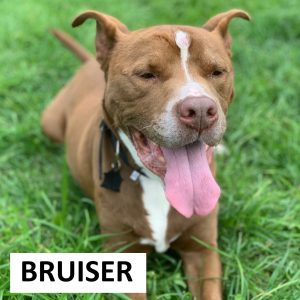 In addition to working with my co-trainer, the workshop was facilitated by three instructors, each of whom I worked with throughout the week. The format of the workshop was most mornings we’d start off with discussion of a topic or case study in a classroom setting. After that, we’d work directly with our assigned dogs.

By week’s end, we’d seen improvements in all the dogs that we worked with for the seminar. This was great news since this is going to improve these dogs chances of getting adapted.

In conclusion, the workshop was a great learning experience and I’d highly recommend it to any current or aspiring dog trainers.